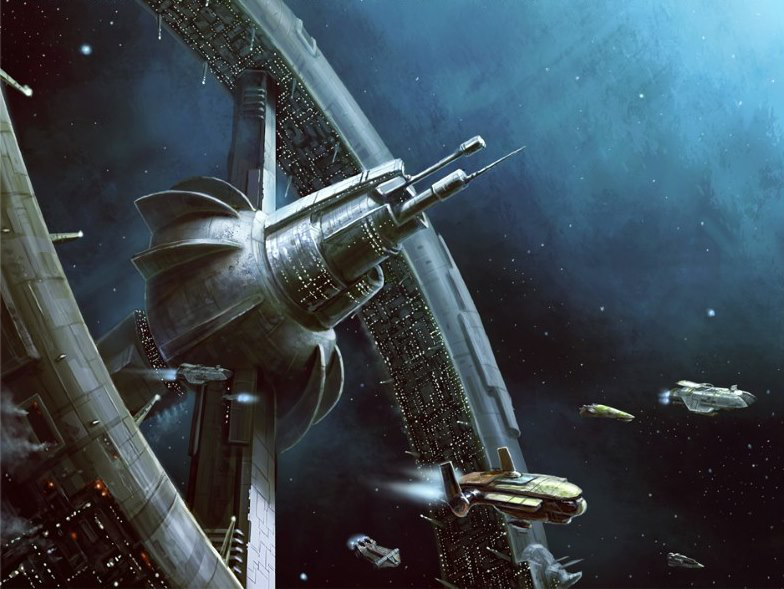 The Wheel is an enormous, circular hub-and-spoke style space station located on the Perlemian Trade Route near the outer edge of the Mid Rim. It is the center of an “immunity sphere,” making its status under the Empire unique.

Nominally, Imperial ships are not allowed at the station, and there is no formal Imperial presence. This makes the Wheel a popular destination for anyone avoiding the gaze of the Empire. It is a hub of economic activity, above board and below, and it is also a major tourist destination, with popular casinos and entertainment zones.

by: worboys
See All Pages